With washboard abs and rock-hard glutes it's safe to say Carmen Knights is not your average grandmother.

There isn't a knitting needle in sight for the ripped 41-year-old, who has become a competitive bodybuilder  and trained stars including Jodie Marsh.

The nan-of-three spends her time boxing and pumping iron to maintain her impressive physique.

And since joining the gym nine years ago she has become a full-time personal trainer and taken the top prize at the British bodybuilding finals. 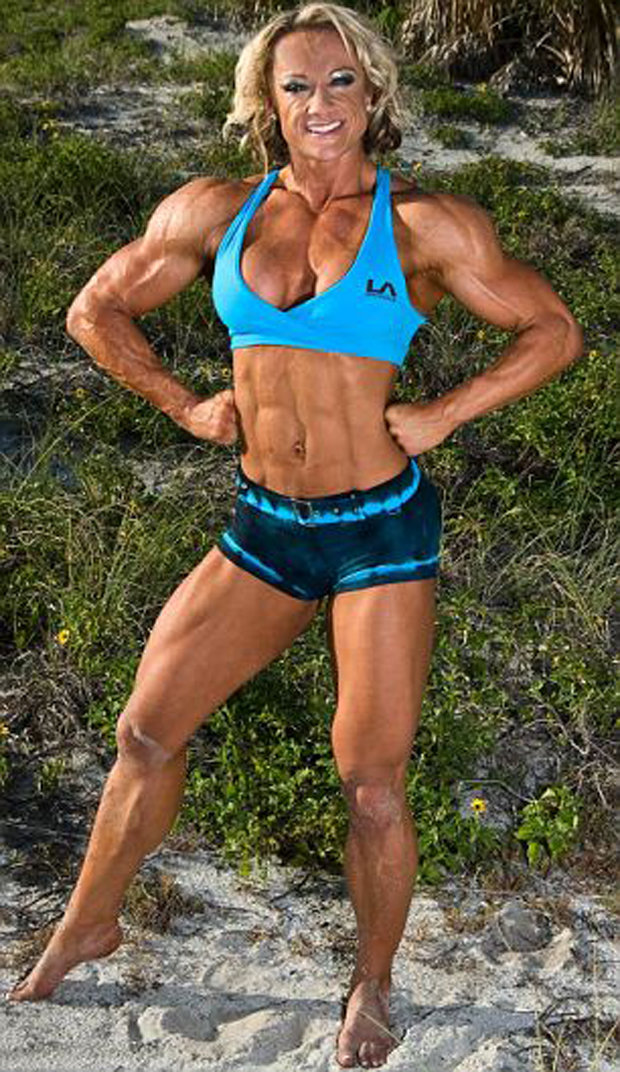 FIT: The 41-year-old grandma keeps in shape through a mix of weightlifting and boxing

Carmen – who is grandma to Olivia, 4, Elissa, 3, and 21-week-old Calvin – even helped transform model Jodie's body and travelled to America with her as part of a documentary.

"Training Jodie was an experience I really enjoyed. This industry is male dominated and it was so rewarding to spend time with another dedicated female athlete," said Carmen, who is single and lives in St Alban's, Herts.

"The three weeks we spent in America on the ‘Brawn In The USA’ show really changed my life on both a personal and professional level."

Training Jodie was an experience I really enjoyed

Before she discovered her love of training Carmen found it difficult to carve a career doing anything else, moving from job to job as she brought up her young family. 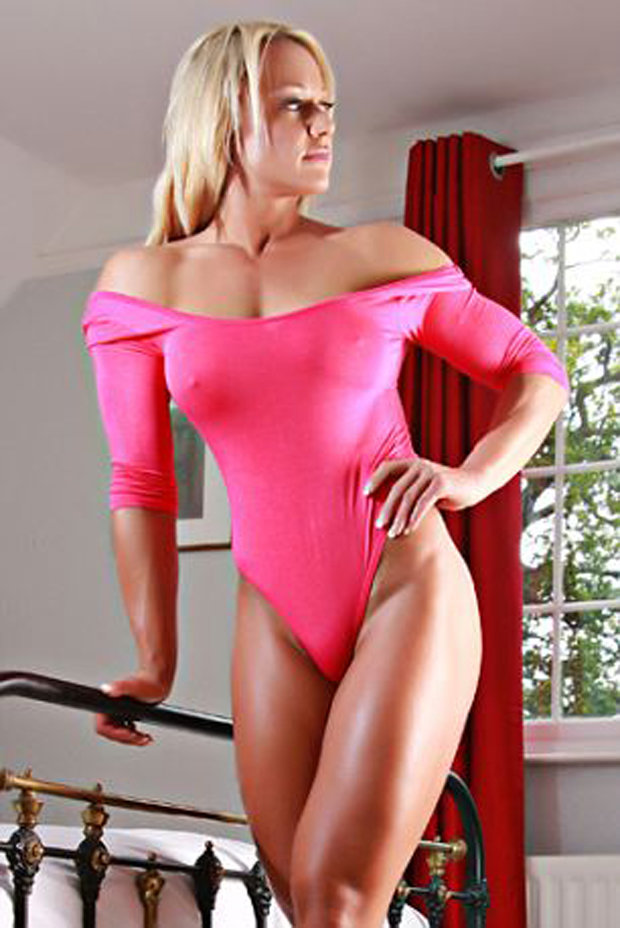 FIT: She started training nine years ago and has since become a prize-winning bodybuilder

She said: "Nine years ago I just went to the gym with a male friend and basically copied what he did.

"I’d only been a couple of times, and lifted a few weights when it was suggested that I should consider training for a competition.

"I knew nothing about competing and had never even seen a show but after a lot of persuading and, just a few months after that first visit to the gym, I was hooked. I competed in my first show in September 2003.

"Amazingly I placed 2nd. It was obvious to others that I had the potential to do well but convincing myself was a huge hurdle that only I could overcome.

"I went on to compete several more times and with every competition I became a little more confident and the self belief improved, although the nerves have never quite disappeared."

Today the mum-of-two is a success personal trainer and has appeared as an exercise expert on The Active Channel.

When she's not in the gym Carmen likes to spend time spoiling her grandchildren.

"I am 41-years-young: a mum with two grown up children who I love dearly and three gorgeous little granddaughters who have brought so much joy to my life over the last few months," she said.

"I regularly babysit and love taking my adventurous and mischievous little granddaughter to the local toddler’s group."

"Being a grandmother is just one of the things that helps keep me motivated nowadays. I refuse to be a stereotypical grandma sitting in a rocking chair with tea and biscuits," she added.

Now Carmen, who became a Pro in 2005 after winning the British Finals, says her family come first and she isn't taking part in another competition until 2016.

This Article was Originally Published on Daily Star

5 Simple Exercises To Free Your Negative ...