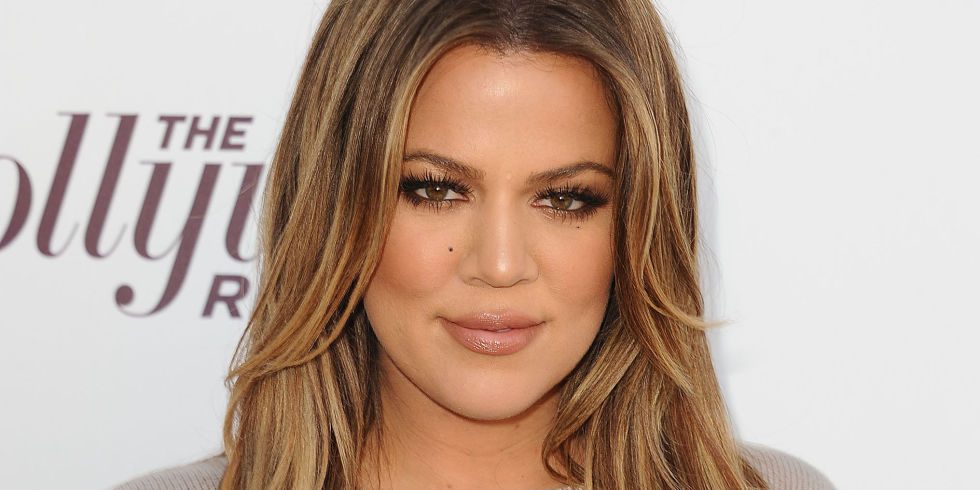 With a new self-helpish book on the market, an app, and and aptly titled show, Kocktails with Khloé​ coming up, our favorite Kardashian has been exceptionally busy recently—not to mention the events of the last month have been an emotionally trying time. This month, Khloé covers the December/January issue of Redbook. Here, the best things we learned from her interview:

1. She actually loves being accused of having plastic surgery. Keep it coming. "When I started working out, it wasn't about weight loss; I was going through a really hard time and needed an emotional release. Once you start getting in the tabloids claiming you have fake body parts, then it's like, 'Okay, I made it. Now I'm really working out.' Kourtney said 'I got so happy because someone said I had butt implants.' And I was like, 'Doesn't it make you feel good?' She's like, 'I really feel good. I've got to keep it up​.'"

2. Yes, her body is slamming, but she keeps her priorities straight, and by priorities we mean the occasional drink and baked good. "I'm like food, alcohol, I just need it."

4. Speaking of, James is doing a swell job keeping up with the Kardashians. "Our family brings a different amount of—not fame—attention. Instead of just being known for his talent, he's now known for being someone's boyfriend. We're used to it, but for a person new to this, I'm like: 'Oh, God. I'm sorry.'"

5. But Lamar was her first love. "I've always loved love, but I've never given it away that easily. Lamar was definitely the first person I fully gave it to, but I think that's how life should be. I gave my love to Lamar because it was special, and I hadn't given it to someone like that before."

6. North calls her Koko Loco. Because even her little nieces and nephews know she's the "fun one."

7. She still wants marriage and kids...some day. "I would love to be married and have kids. In my head, I had a whole vision of my life. That vision has changed." But she's not there yet. Apparently she's vigilant about her birth control (overshare?).

8. Koko Loco is all about the YOLO! She tells her younger sisters, Kylie and Kendall, "You are only going to be young once," adding, "I come from a nonjudgmental place with them. When I was 18, what I was doing was way worse." In her book, Strong Looks Better Naked, she mentions that after her dad passed away, her partying got so out of hand that she almost went to rehab. Instead, she lived with her sister, Kourtney. They run businesses, have their own homes. I was staying in an apartment with five people. As much as I want to say 'Don't do that!' I have to remember what I was doing at that age."

9. She and Caitlyn are working through their issues. ​"It was difficult for me that Bruce wasn't honest with me. The transition had nothing to do with it. I love Caitlyn. She still likes us to call her our dad, but it's hard when, you know, Dad's now wearing a dress." But she adds that Caitlyn is a bit more fun. "She'll have a glass of wine. Bruce would never do that."

10. If you see her hair in a ponytail...it means it's so dirty she can't put it down. Read: she's #justlikeus. Speaking of her mane, she swears by coconut oil masks. And now, so do we.